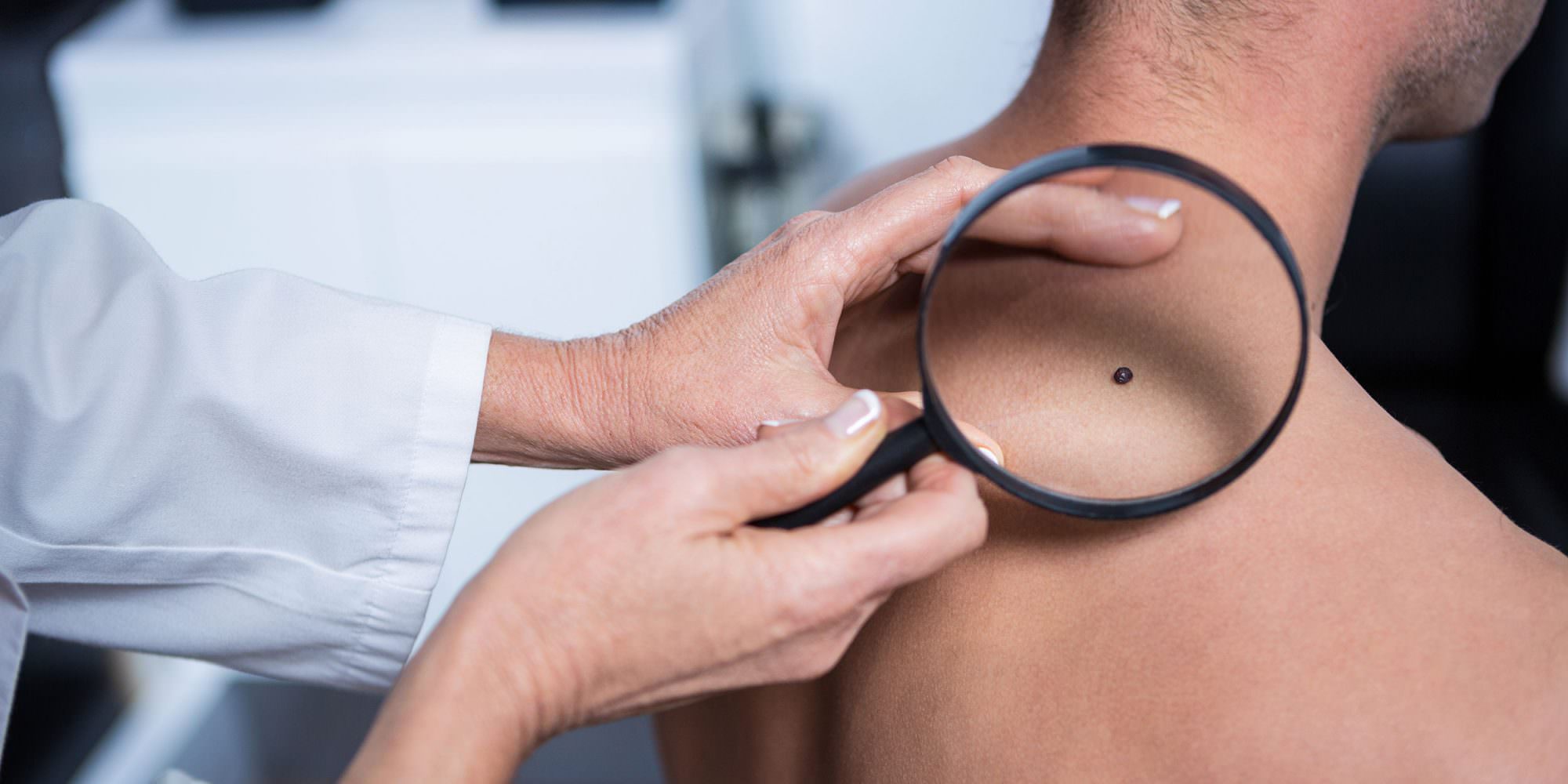 Enquire today for a free triage

Fill in the form along with a photo and we’ll be in touch with a quote for removal.

Although some see them as beauty marks, moles in visible places on the body can be frustrating. It is estimated that every adult has between 10-40 moles on their skin. Most will go unnoticed, but some moles are harder to ignore and there are many reasons people choose to have their moles examined or removed.

Mole removal is regarded as cosmetic surgery and is viewed as a “procedure of Limited Clinical Value” by the NHS. This makes it unlikely that you can get a mole removed through the NHS. Choosing to have private mole removal allows you to skip the stress of waiting for an appointment and get immediate answers.

You might be struggling with a loss of confidence due to the appearance of a mole, or you might be seeking peace of mind for an abnormal growth. Concerns around abnormal appearances on the skin are common and we take every concern seriously. We can easily and quickly assess your moles and other skin conditions and arrange mole removal if necessary.

If you would like your mole removed and would like to be seen quickly, enquire with us today and we can provide you with a cost of removal.

What is a mole and what causes them?

A mole is a discoloured spot or growth that develops when the pigment cells in your skin all develop in one small cluster. Most moles are a darker shade than the rest of your skin, usually black or brown, but they can also be red, pink, or even blue. Some moles are flat while others are raised. They are usually round, but some can take different shapes as well. Not all moles change, but the ones that do change slowly over the years may get bigger, darker, raised, or hairier as time passes.

People are often alarmed by moles and the possibility of skin cancer, but most moles are benign (non-cancerous) and are not an indicator of any underlying health conditions or problems. If you are concerned about cancer you can speak to one of our consultants who will be able to do an examination of your mole and possibly perform a biopsy or histology report to give you peace of mind.

It is not completely clear what causes moles. Scientists believe that the UV light from the sun may have some impact on the distribution of pigment cells and children who have had more sun exposure are more likely to grow up with more moles. There may also be a genetic element that dictates the number of moles on your body.

There are different types of moles and depending on the mole, the treatment and method of mole removal will differ.

Spitz Moles – Uncommon and may bleed or have an opening. They normally appear on the face or limbs and grow quickly. They are more common on children, but adults can get them too. These are often hard to distinguish from cancerous melanomas and it is best to have them looked at by a professional.

Our private mole removal clinic has state of the art equipment and comfortable and modern amenities. Our staff are professional and friendly and are there to assist you in any way they can.

We offer two types of mole removal: excision and shave.

Excision mole removal is done under local anaesthetic and the clinician uses a scalpel to cut away the mole along with a small border of skin. If necessary, the hole will be closed with stitches and then dressed. Moles may be sent to our laboratory for histology if necessary and your clinician will discuss all of this with you during your initial consultation.

Shave mole removal is performed by shaving the mole from the surface of the skin. The wound is then cauterised to seal it and stop any bleeding. This procedure removes raised moles but it can also leave a few cells behind. It is relatively straightforward and painless and doesn’t require stitches.

Your clinician will advise you which removal method is best for your mole during your consultation.

As part of your assessment process for moles, we undertake skin dermoscopy, a type of skin microscope which allows us to differentiate between benign moles and skin cancers. If you are wanting to get a mole removed because you are afraid it may be cancerous, we can check before starting the procedure so you can make an informed decision about the removal. There is no obligation to have the procedure after the consultation is completed.

What if you have more than one mole?

Our clinicians can remove multiple moles in your appointment. If you need longer than the booked appointment time we will assist you in booking a further appointment at a time convenient to you.

The cost of multiple removals will be confirmed to you before the procedure so you can decide if you wish to proceed. There are no hidden fees for multiple mole removals.

When Ann, 69, from Lichfield started getting concerned about a mole on her face, she went straight to Summerfield Healthcare for help. The mole had started to grow bigger and was itching and she wanted it removed.

She also had a further two moles removed from her face, two from her neck and one from her back….all thankfully benign.

Why did  you decide to undergo the operation?

“I had a large mole growing on my face and it was getting bigger and bigger and closer to my eyes. I first noticed it two years ago and it started itching and I was starting to catch it when brushing my hair.

About six months ago, I thought I needed to get it sorted. I also had one on the back of my neck that was catching on jewellery.”

Why did you choose Summerfield Healthcare?

My husband and I went online looking for health clinics that did mole removals and we found Summerfield Healthcare. We went with them because they looked like a professional company.”

What did the process involve?

“I contacted them and then within two or three weeks, it was all sorted. I took some photos of my moles in advance and then had them all removed at the same time with local anesthetic. It was like a mini operation and it was handled very well. It was a bit like going to the dentist and I just zoned out while they did it! They kept asking me if I was okay but it was fine.”

How was your overall experience with the team?

“It was great. Afterwards, they just put some dressings on and explained what I needed to do with washing and they healed up really well.”

Was there anything specific you feel pleased about throughout the planning and procedure?

“I’m pleased with all of it. They put my mind at rest, especially with the big one on my face and the one on my back was quite black and big so I was a bit worried about that one.”

Would you recommend Summerfield Healthcare?

What did it mean to you to have the moles removed?

“It’s wonderful for lots of reasons. The one on my face was a bit ugly and the one on my chin. It has given me peace of mind.”

Would you use private healthcare again?

“Yes I would. I have used it previously and it takes away the hassle of having to wait.”

It’s easy to book your private mole removal with our plastic surgeon led team, choose to fill in the contact form, email your enquiry to [email protected] or call our reception team on 0333 9000 010.

Summerfield Healthcare’s medical reception team are specially trained to deal with all enquiries in a professional, prompt and private manner.

An initial triage based on the photos you send us. This will determine the most suitable clinician and provide a guide price for removal.

A consultation is required prior to removal, to ensure the lesion(s) is as described during the triage process and is suitable for removal on the day. Consultation and removal can take place on the same day if both clinician and patient are happy to proceed.

We will always try for a shave excision wherever possible. The removal price is based on the presentation of the lesion, and the location on the body. Please note there is an additional cost for moles located on the neck or higher, this will be discussed with you prior to booking.

If a shave excision is not possible, the lesion may require a full excision in order to be removed. The removal price is based on the presentation of the lesion, and the location on the body. Please note there is an additional cost for moles located on the neck or higher, this will be discussed with you prior to booking.

Our private medical centres are conveniently located and meet the needs of families in a wide surrounding area.

Back to Minor Surgery